So, I moved to Kuwait. And next year I'll be somewhere new. But digitally, I have moved waaaaaaaay over here at 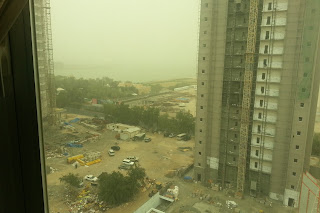 and here--BrazenBFF talking about those two years in Kuwait.
Posted by American in Bath 1 comment:

It's not that I don't have anything to say. It's that I'm too bloody exhausted to look at the computer screen and type.

I'd forgotten though that seven-years away make for culture shock. Seven years away, and I chose to return to a part of the country I thought only existed in American fairy stories. My cultural memory is useless, almost as useless as American double sheets on an English bed. I made plans to be run off my feet until I remembered what America is like. Turns out, I should have planned for the sleeping that accompanies the exploration of a new homeland.

And so it is that I'm trying to make a pattern: teach, mark, nephew, mark, teach, mark, sleep, lather rinse, repeat. Come New Year there may be more news.

Posted by American in Bath 5 comments: