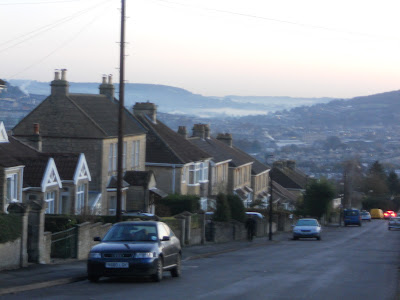 Bath is never ugly. Even on days when it is tipping with rain and the temperature has dropped well below freezing, Bath remains the second most beautiful place I have ever lived.

A few of you asked what I meant by the alternate version of "We Three Kings." I so wanted to provide you with a video, but it seems that few people have been inclined toward recording it. And as much as I like you all, I'm not singing to you.