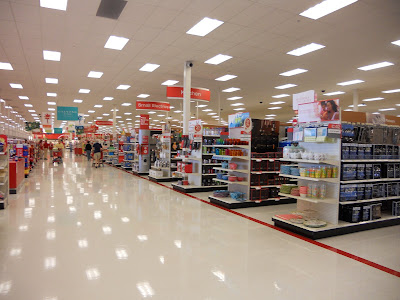 Happy Home Maker UK asked me to take pictures of Target. For those of you in the UK, this may look like just another giant box store on an industrial estate. It is a giant box store on an industrial estate. More importantly, it is a microcosm (macrocosm) of American culture. Interesting fact: there are Target stores in Australia. they share the Target logo, a giant red target, and look rather like American target stores. The two companies are otherwise unrelated. 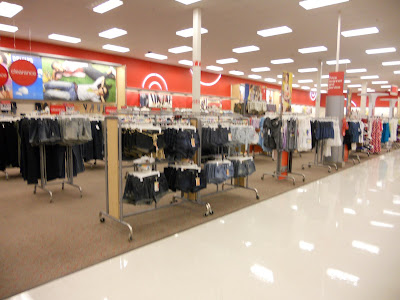 I think it must be virtually impossible to be an expert in one's own culture. I wandered through the store knowing that there was something different, something American, about the store, but I still cannot articulate what that difference was. Perhaps you British, Canadian, French, and Australian Americanists can enlighten me. Certainly, there is more space in between the rails (racks) and the shelves are lower than in a typical UK discounter. 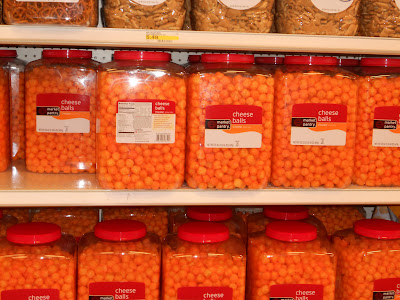 There were of course the obvious differences. Hundreds of cheese poofs (cheese balls) for less than a British fiver. For that matter, there were animal crackers and animal crackers in bulk. You can see them at the very top of the above photograph. 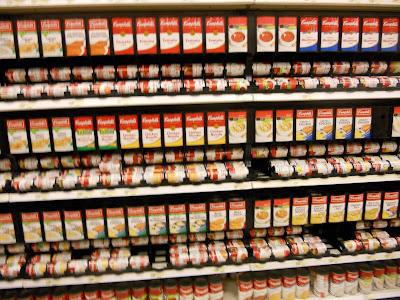 There wasn't just soup. There were sixty kinds of Campbell's soup. The soup aisle was twice as long as my local baked bean aisle. It was all a bit overwhelming, so I skipped canned soup all together. 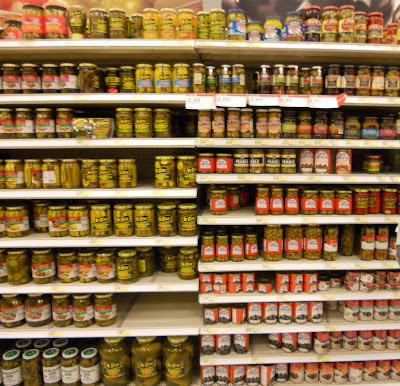 And the pickle aisle contained mostly olive and pickled gherkins. If you look closely you may be able to spot some things that are more at home on a British store shelf 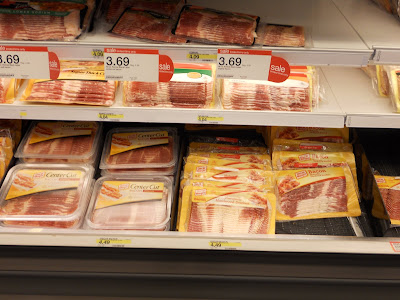 No matter how many times I tell myself that streaky bacon is the same as American bacon, I still know that it isn't true. I remember when I left America that I thought bacon was terribly expensive. It wasn't. I think it is even cheaper now. I'm grateful to my family and friends for feeding me rashers and rashers of crispy bacon and letting me have more than my share of the maple syrup. 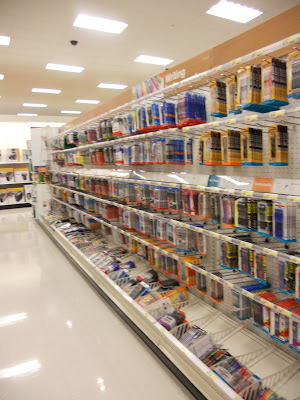 I have spent many a happy hour looking at the ink pens in Target's aisles, but it is very rare to find a fountain pen in such American aisles. Sarah metioned that she sensed a giant 'but' coming. There is indeed a giant 'but' coming, but there are a few more joyful things I'd like to share first. Slugs on the Refrigerator shared her own 'but' today. It's worth a read. My thoughts are wandering that way too.
Posted by American in Bath