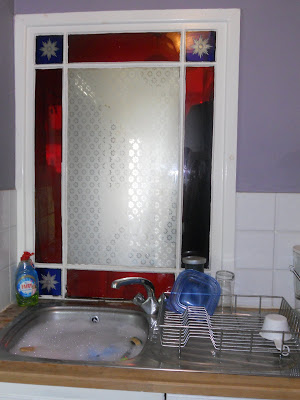 The above is a mixer tap. 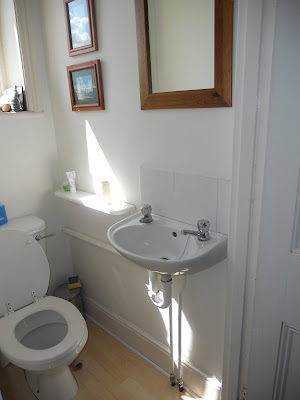 The above is NOT a mixer tap.

I bet you didn't know that a lack of mixer taps are proof of everything from how backwards the English are to the idiocy of the UK's failure to join the Euro to the lack of technologial savey of the countries young people, to what huge (insert series of expletives here) the English are. It's not true. I'll explain at the bottom, with citations.

Behold: a mixer tap combines hot and cold water, shoots it out one tap, and creates warm water. Can't you just feel the controversy brewing? Aren't you just dying to know why it matters? I thought not.

Any gathering of immigrants to the UK usually results in discussions of things we don't understand about the UK. While having a moan is typically English, the purpose of these discussions is rarely just moaning. It does happen that one person will ask a question, in the form of a complaint, and another person will say, "I just found out why that is." Here is an example:

Me: I still can't get past the lack of mixer taps. Why, if you're fitting a new bathroom at the department store, would you then fail to install mixer taps.
My Friend: Mixer taps have an interesting history here. They're hard to fit into old style plumbing systems. Department Store was refitting not replumbing. There was also a period after they were introduced when there were concerns about hygiene given the way mixer taps in the UK originally worked. {Note: Hygiene is often cited for skipping over new bathroom introductions. Remember the idea of bathing was once horrifying}.

See, perfectly reasonable. Replumbing a building is much more difficult and expensive than simply putting in new taps and new basins. And honestly, I was glad to see that they had fitted watersaving toilets. If you're desperate, you can see the current in-pipes in the picture above.

Me to my friend: I hate scalding my hands while trying to wash them.
Woman next to us: Fill the sink with hot and cold water. Use that.

So actually not really a problem. It feels like a waste of water, but I've experimented and discovered that I use more water when I wash my hands under running water. {She washed her hands with scalding water}.

Do not, I mean it, fail to recognize the signs around sinks that warn of very hot water. They're not kidding. You will, trolling through comments on such stories, see that folks claim a lack of mixer taps are the reason for so many scaldings in the UK. It's important to remember that hot water can be turned on without cold water thus resulting in hot water, even in a mixer tap.

The issue of mixer taps, which are largely used throughout the continent, comes up now and again in the news. It is rare, even from UK sources, to see any sort of in-depth research into the topic. And usually the reason given is that non-mixer taps are traditional. It's lazy journalism. It's hard to see indoor plumbing as traditional. Most certainly the reasons are tied to money, old plumbing rules, habit, and ancient plumbing. Remember that my kitchen drain was attached to a Victorian down pipe.

Sine those news stories are inevitably fluff, they tend to carry with them pages and pages of comments. Go on and read them. You'll discover as I did that mixer taps are proof of the alleged failings of the mostly the English but sometimes the UK as well. A few points of view are linked below.

Other Places Mentioning Mixer Taps
BBC All 2gether Now Project
The Guardian's Nicolas Blincoe
The Offensive to Everyone, WSJ via Warwick University Blogs
And for good measure a message board with some useful if not entirely correct information

Other Parts of the Bathrooms, Showers, Toilets and Ewww series
Why English Toilets Don't Clog
How to Descale Your Shower Head
Electric Showers and Yet No Electricity.
Posted by American in Bath