Four years ago, on a Saturday, water stopped going down all of our drains. 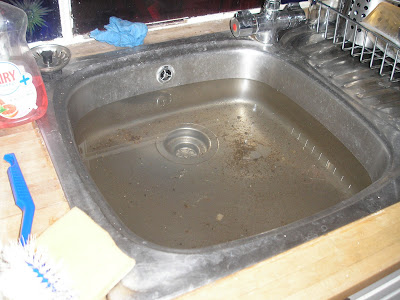 Which led to a plumber spending the weekend in our house doing this: 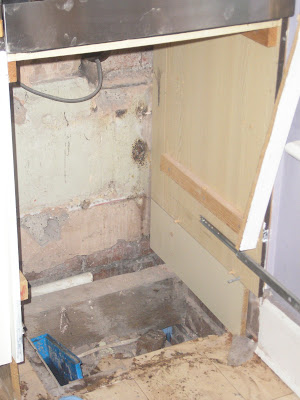 All of which was ultimately caused by the original Victorian down pipe and a hundred years of sludge. 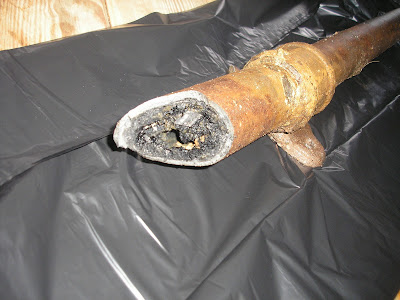 Three years ago, the gas fire stopped making fire but quite happily kept on spewing gas. Luckily the gas was easily turned off, but it still meant waiting for a week day, canceling plans, and spending hours watching the workman fix the fire.

Two years ago the front door lock broke with me inside. Conveniently, the downstairs neighbor was home, and he was able to rescue me before I completely lost it. I far prefer being locked out to being locked in. And for reference butter knives sometimes work better than screwdrivers, except of course where vodka is involved.

Last year the refrigerator just stopped frigerating within hours of both of us depositing fresh groceries inside of it. The new one turned up on Monday at approximately too early o'clock, delievered by drivers who decided not to take the old one away until Tuesday at midday.

Today, this machine made a fantastic impression of a birthing heifer. 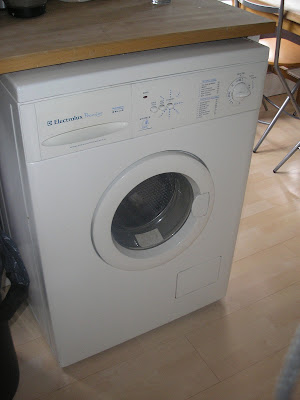 It also decided to just hang onto three inches of water after the drain cycle and sprayed me with all of that water when I went to clear the filter. It's Saturday. The housemate has to do laundry tomorrow. She'll be the one on the bus with a laundry bag. I'll be the woman who smells like feet.
Posted by American in Bath