Twice since moving to England I've worked retail. Twice I have voluntarily spent my time selling clothing while selling credit, spacing hangers evenly, and picking stock up off the floor. Twice, I have sat through training sessions which did not focus on how to work the till or the law governing the selling of store cards. Instead I sat with a sufficient amount of irony while I was told how to provide "American Customer Service" which apparently involves smiling like a clown, asking customers personal questions, and interrupting a browsing customer no matter what their body language says. Firstly, what the English perceive as American customer service is not American customer service. Secondly, English customers are oddly not Americans. Let's just say there were many months in which my sense of the ironic kept me from biting my tongue right off.

I held that first retail gig long before any of us saw a giant recession coming but shortly after the first High School Musical hit cinemas. I worked with many young women who had left school at 16 (which is to say they graduated) and decided to pursue careers in retail. Retail here is a perfectly acceptable career choice with a defined career path, and I was one of only a handful of part-time interlopers who were funding an education. I was also endlessly fascinating because I had a unique perspective on what goes on inside an American high school.

Well, endlessly fascinating for just long enough for me to tell them that, "No. No, high school is nothing like that. It's a terrible dark miserable place." And I'd return magically to my roll of part-time staff.

By the time I started gig number two, the giant recession had hit, and I found myself part-time staff for a company that didn't hire staff for more than thirty hours a week. The demographic had changed. Suddenly the folks working in retail were university graduates. Some like me had graduate degrees. More than a few had skills this country desperately needs, but there are still no jobs. Among the staff, leaving school at 16 for a dream job in retail was a rarity. But the store still had that handful of part-time staff putting themselves through uni. Only this time, there was Glee all over Channel 4, and  Friday Night Lights had started to make late night appearances. The question had changed from "Is it like that" to "Who would I be?"

What can I possibly say to that? Probably the same person you are? A Cheerleader? A rah rah girl? A jock? A three dimensional person? The international exchange student everyone loves? It seems mean to dash another dream. If you're wondering, terrible things happen to people in high school, not the least of which is this: 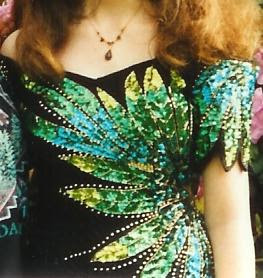