The Weather Two Weeks From Here

Generally speaking, Bath gets New York City's weather two weeks later. Often their snow manifests itself as freezing cold rain, and their rain manifests itself as a deluge. Soaring temperatures in New York mean balmy afternoons and generalized whinging about 27 (80F) degree days. I suspect that we are just a few weeks away from freezing temperatures, and perhaps the beginning of spring is further out than I want to believe.

In the meantime, in the detritus of autumn the first blooms are beginning to show. 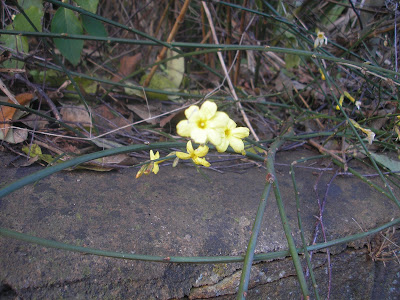