On the Way to London 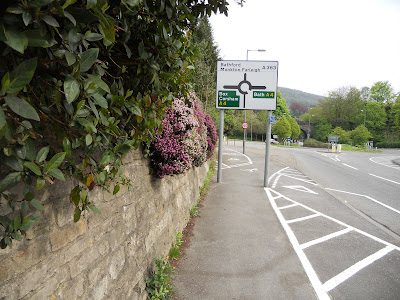 I don't prepare for travel well. I'm fine for the actual traveling. It's the getting ready that knocks me for six.

The travel dreams always begin classically. The Greeks also dreamed that their Trojan horse was boarding, they'd forgotten to pack and had no idea what they'd done with their passports. For me one anxiety dream begets another. The other night I dreamed that both my parents had been murdered via the oh-so-likely vehicle of a car crash. In the dream one of my sisters and I had to set all to rights, but we couldn't figure out how given all of the hard grieving we were doing. The problem is that it sometimes takes me hours after a dream to sort out what is real from what is produced by the ether of mind. I spent the next morning trying to shake the dream. I kept reminding myself that there hadn't been a car crash, that there was no rush to sort out funeral plans, and that my parents were still alive. Except that last one isn't quite right. Mom's been dead for sixteen years now. It's that part of the travel dreams that I couldn't cope with this time around--the part where I think everything is as it should be only to remember it isn't.

I finally wrote a packing list last week and packed. It made the dreams stop; though, I've had to repack since then. It's odd what I thought I needed until I realized that I didn't really want to carry it. Fair warning to the family: I washed ten pairs of socks. I can't find them now, so my feet will probably smell.